The surrounding area forming the garden covers a surface of about three hectares, which was most likely, since its origin, divided into four grass sections bordered with citrus trees vases.

The considerable extension works on the garden, were carried out along two main axes (south-north, east-west), where the Galatea and Neptune fountains were located; the greenhouses for the pineapple and citrus trees, together with the officinal herbs were built; the irrigation and water games systems were extended.

During the 18th century, further to the diffusion of the French fashion for trees with caducous leaves, and to the introduction in Lombardy of the hornbeam, the "hornbeams gallery" was created. A long U-bent gallery, constituted by a double row of hornbeams with interlaced branches trimmed in a vault, bordered on “the citrus fruits garden” and on “the garden of the Hesperides”. In 2008, as a result of an accurate restauration plan, the hornbeam hedges form once again the green gallery, and create the "Natural theatre", which was used at that time for music and theatre performances or for country parties.

The new interest for the English garden, and its wide diffusion in the early 19th century allowed the architect Luigi Canonica to create the "new grove" in 1808, animated by slight slopes in the ground, and by irregular green areas mainly formed by forest trees and bushes.

On both sides of the exedra, hosting the niche with the terracotta sculpture group representing the "Rape of Proserpine", two cool greenhouses were positioned, in which citrus trees were sheltered during the winter and, successively, two warmer greenhouses for the exotic species were constructed. Thanks to a description dating back to 1840 by the botanist Linneo Tagliabue, we have knowledge of the great variety of bedded plants: pineapple, banana, coffee and tamarind trees, palms, and then orchids, altheas and gardenias. 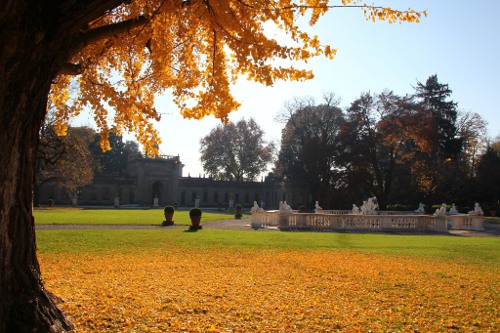 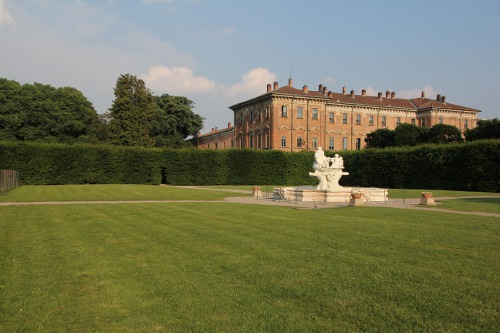 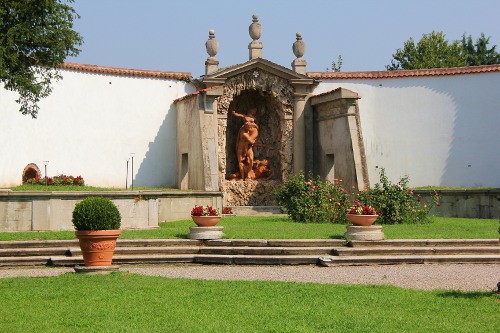 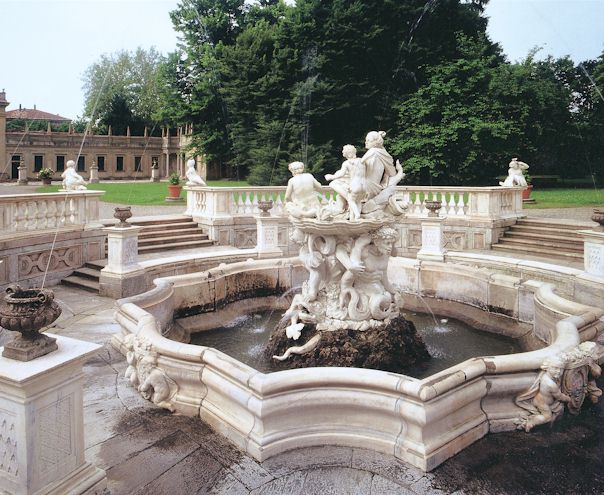